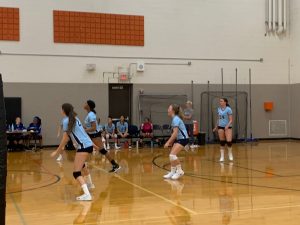 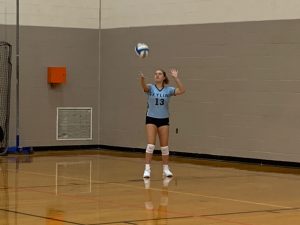 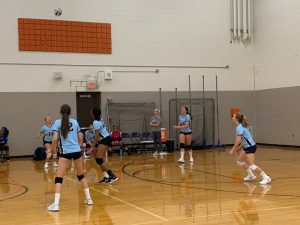 The Skyline freshman volleyball team had a strong showing this past weekend.  At the Northville tournament, they made it to the semifinals of the gold bracket, defeating teams from South Lyon, Walled Lake and Lincoln schools.  A very hot and tired team were eventually defeated by a strong Fenton group of hitters.  The Eagles girls hit really well, had numerous long volleys, and showed lots of grit!