The Skyline Girls Varsity and JV defeated crosstown rivals, Saline and Dexter, on September 9. The Varsity remains undefeated with a 6-0 record in the SEC. The Varsity was led by Adie Maki scoring a 38 and the Patchava sisters Reva and Riya finishing second and third. Lia Tomilo was tied for fourth. Grace Hescheles and Alison Marshall rounded out the win with excellent play.

It was a complete team effort by the JV players, with some of the Freshmen participating in their first tournament. The team bested Saline and Dexter by 24 shots, led by Varsha Reddy, Tess Bazzani, Nina Bendiab, Lily Hescheles, and Haley Chaconas. Way to go Eagles! 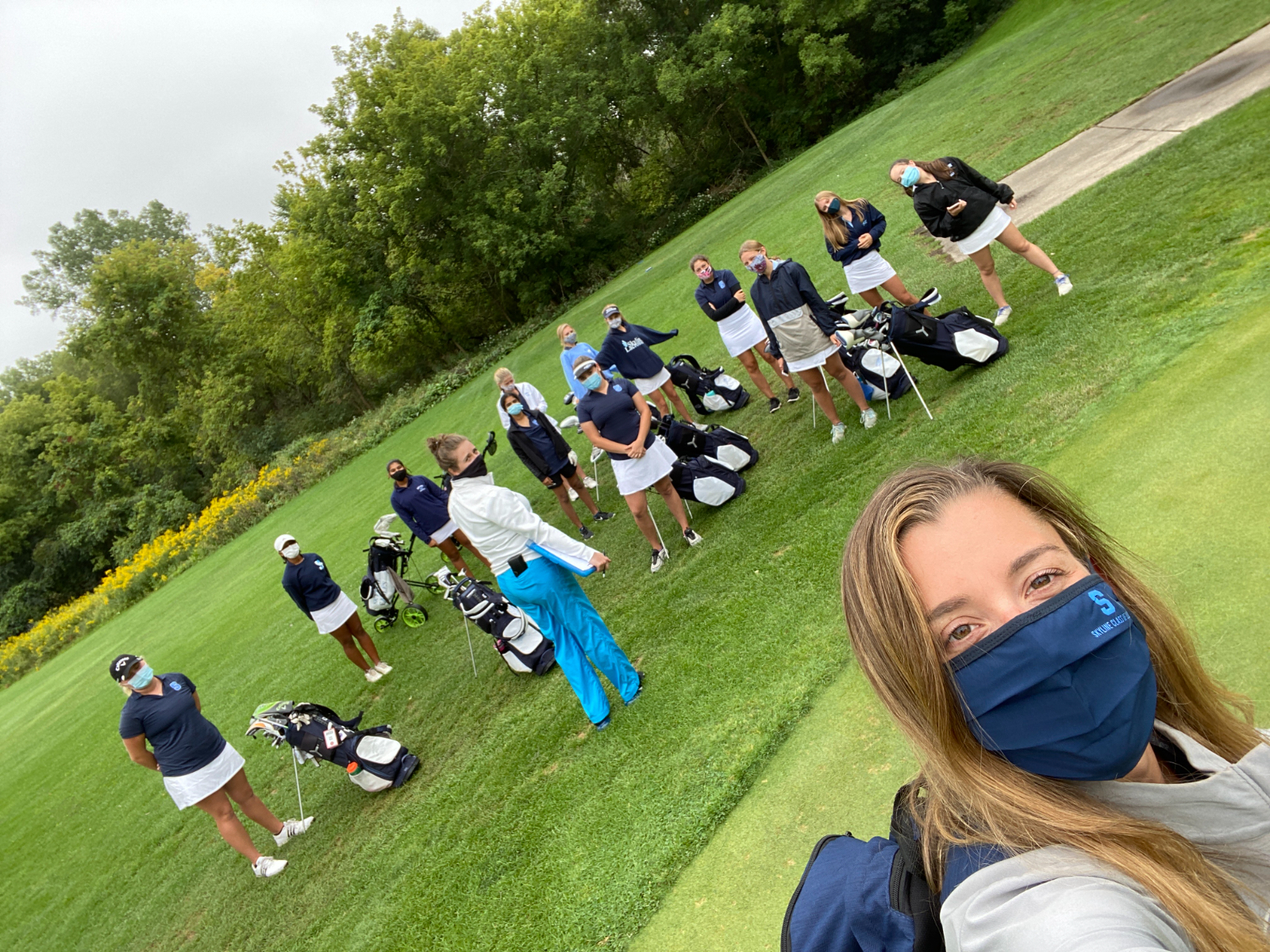