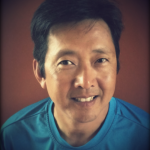 Andy Kim has over 20 years coaching experience, teaching players from 5-year-olds to seasoned seniors, from beginners to nationally ranked players who earned tennis scholarships to NCAA Division I schools.  Andy has been a member of the Indonesia Davis cup team, has played on the ATP Tour 1980-1983 and was ranked in the top 300 in the world.  He played European Club tennis and for the University of Tennessee.  Currently he is the Director of Junior Tennis at The Chippewa Tennis Club.  After receiving his Bachelor’s Degree in Biochemistry, Andy continued his study at the University of Detroit receiving his DDS degree.  Please join us in welcoming Andy Kim to the Skyline athletic staff.