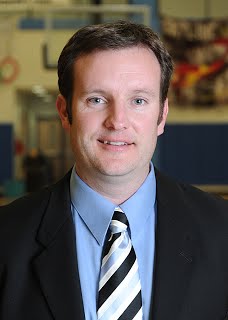 Coach Lovelace has lived in Ann Arbor his whole life. He attended Allen elementary, St. Francis, Tappan middle school and Huron High School. He went to the University of Michigan for a bachelors in Mechanical Engineering and a masters in Industrial and Operations Engineering. After deciding to become a teacher and a coach, he obtained his Teaching Certificate from Eastern Michigan with a math major and physics minor. He has taught in the Ann Arbor Public Schools since 2000 which has included Clague Middle School, Huron High School and has been teaching at Skyline High School since the beginning of the school in the fall of 2008.

Coach Lovelace began coaching in Ann Arbor in 1994 and has coached every year since with many years in multiple sports and multiple programs including basketball, baseball and golf. He has coached baseball at the 7th & 8th grade levels at Clague as well as the 9th, JV and Varsity Assistant levels at Huron. He has coached golf at Huron at the JV and Varsity levels. He has coached basketball at the 7th & 8th middle school levels at Clague and Tappan. He coached at the 9th, JV and varsity assistant levels at Huron for 6 years and has been the Head Boys Basketball Coach at Skyline since its beginning in 2008. Coach Lovelace finished his 20th year of coaching basketball during the 2013-2014 season.

Coach Lovelace is married to Meredith, celebrating their 10 year anniversary in December 2014 with son Wesley (8) and daughter Josie (5).