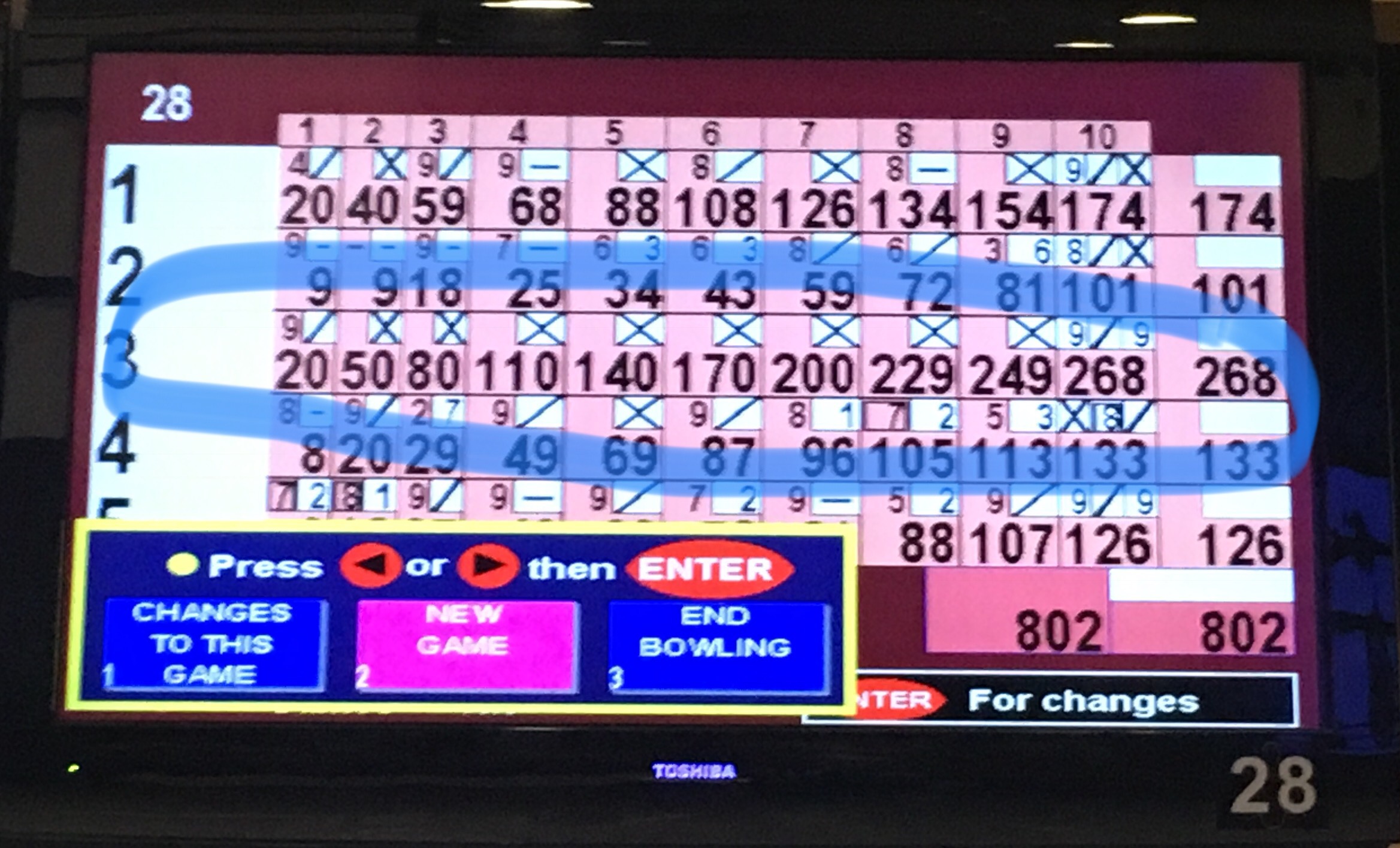 Skyline’s Boys Bowling Eagles played at their home alley, Revel & Roll on 1/14 against Adrian and the spectators got a special treat watching an outstanding individual effort from Colin Ratkowski.

The Eagles played a slow paced first game against Adrian that was marred by some equipment challenges and came up short in a 25 – 5 loss. Despite the loss, Colin Ratkowski provided the crowd with reason to cheer as he led the Eagles Boys Varsity with two wins in his head to head games. Colin bowled a team season high, personal best and second highest bowling score in Skyline school history with a 268 game which included 8 straight strikes in a row and book-ended by 9 and a spare in the first and tenth frame. Justin Chang also bowl a personal best 174 for the varsity squad and provided a point for the team. Also winning a point each for head to head victories were Tim Clatterbuck and George Decker.

The Boys JV squad was only able to field two bowlers for this match, making the resulting 0 – 30 match score inevitable.